I'd just arrived from my second European World Tour in the fall of '82. A friend of mine had promised to have a room for me to stay in upon my return. He didn't. Before I'd left for my six month trip everything I'd owned was put into storage and now I had to basically start over in a city that is known for its high rents. The storefront was offered to me as a temporary place to stay for a few months until I got on my feet. Only problem, it was in a transitioning neighborhood and I wasn't sure I could handle it.

With a little money I'd made working freelance as an assistant to a big name professional advertising photographer in Manhattan - on a Gilby's Gin ad campaign - I had very few options at the time. I'd learned from my past European trip to stop in NYC to pick up some quick cash at some odd job or so using my art skills, and to begin my transition back into the US culture. I always preferred the European way of life; the lingering meals, social time and an emphasis on the quality of life instead of the manic pace we all seem to live in here in the states. Not to mention the highly sophisticated ability the Europeans have to understand conceptual art.

So here I was in SF trying to get it together while feeling exhausted. I didn't have the energy then to do anything. Not yet anyway so I moved some of my stuff out of storage and camped out in the storefront with my cat Sasha.

Camping out is not an exaggeration. There was a two burner hotplate, a sink, half size refridge, a wet bathroom, meaning the shower was in the same area as the toilet with a drain for the shower water in the floor. I sprayed the windows with a frosted coat of paint to allow both light and privacy, removing the blackout paper a previous tenant had installed. And an old bamboo folding screen I had added to the feeling of home and helped with dividing the space. There was a roomy basement a painter who'd previously occupied the space had squared off with clear plastic for a sleeping area. I later built a loft into an alcove near the kitchen area for this purpose.

To say I was depressed is putting it mildly. It was one of the worst times of my life. I was so weak some days I could not get out of bed. Eventually I made it to the doctor's office to see what was wrong and he declared I had a large case of exhaustion. There was nothing he could do. While visiting one friend in Amsterdam I'd been attacked and all of the stress and emotions I'd had to push past came crashing in now that I had time to pause. It had manifested into exhaustion.

Trying to plan what my next move would be came slowly at first. One thing I liked about the space was a nice platform in a window backed by a white wall. Ten feet of platform ending in a bay window set to one side of the storefront. Perfect for installations and exhibitions on the wall. Heck you could even stand or sit in the window. So I began to envision my first show and what I could do. After all this transitioning neighborhood was a burgeoning art area called SOMA - South of Market Area.

To be continued...
Posted by ginnylloyd 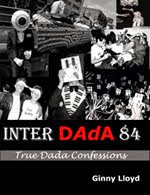 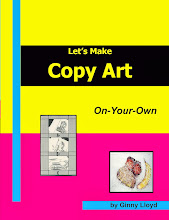 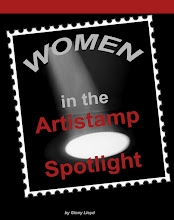 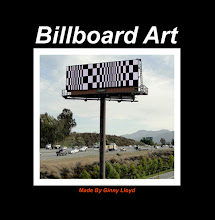